The History of the Cork Sugarcraft Association 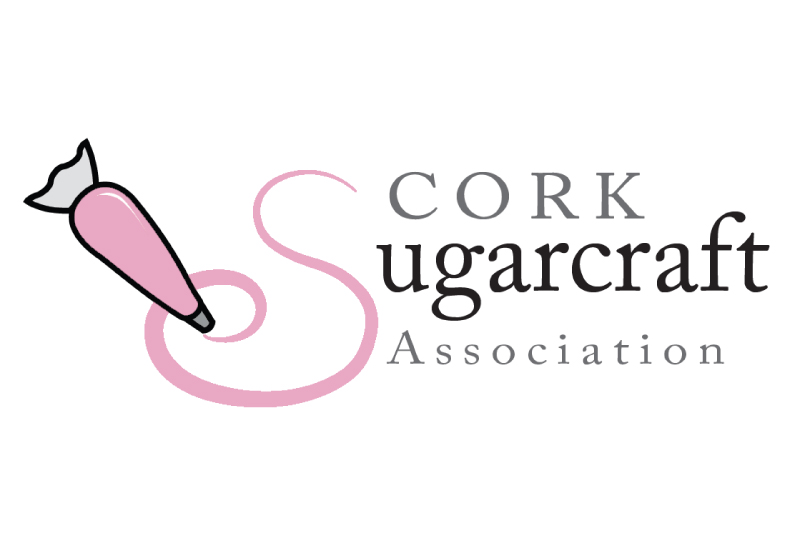 The Cork Sugarcraft Association was founded in 1994, by two incredibly inspirational ladies, Jacqueline Cullinane and the late Sue Cummins.

Sue Cummins was a wonderful baker, very creative and artistic in her decorating. She was often making cakes for friends and neighbours. Her mother in law encouraged her to go in to business doing what made her happy and had such a flare for. They went in to town together to see some cake businesses, which further encouraged her to go out on her own. Sue then started making cakes as a business which flourished by word of mouth. She went to England and took classes with members of the British Sugarcraft Guild. Sue being Sue wanted to share her knowledge which led herself and Jacqueline Cullinane to becoming founding members of Cork Sugarcraft Association.

The BSG very kindly helped and supported the fledgling group, guiding and instructing them. Soon, they put on their first competition in 1996 and have been held biannually ever since. The Cork Sugarcraft Show, was without a doubt, Sue’s passion. She was show secretary of it for many years and she ran it meticulously.

Sue had a great ability to teach and encourage, she held classes in all aspects of decorating in Passage West, Ashton School and Brennan’s Cook Shop (among others) for a great number of years. Sue had a bubbly generous personality and wonderful energy, she was instantly likeable and loved by all. Sue will always be remembered fondly. We miss her at every show.

Jacqueline Cullinane was born in 1934, and always had a love of baking. The first cake she remembers decorating was her own 21st birthday cake. When she had her young family she started to make christening and birthday cakes. In the 70’s Jacqueline sold her home produce at the Country Market in Ballincollig; baking, preserves, chutneys, jams, Christmas cakes and mince pies.

There were no sugarcraft classes in Ireland at the time and Jacqueline travelled to England to do classes with members of the newly formed British Sugarcraft Guild.

Jacqueline spent many years teaching sugarcraft courses in Ballincollig Community school. Her students were keen to progress and she saw a need for a sugarcraft group. She had heard of Sue Cummins who was also teaching in Cork at the time, they arranged to meet and discussed setting up a Sugarcraft group. The Ballincollig Community School were happy to allow them to use their facilities and a letter in the Cork Examiner resulted in an enthusiastic response from the public and so the Cork Sugarcraft Association was born.

To this day Jacqueline still enjoys her sugarcraft, she makes pastillage plaques and sugar flowers. She is still keen to learn and to pass on her knowledge. She regularly attends the Association meetings where she is also loved by all. She is a truly amazing lady.

The relationship between the BSG and Cork Sugarcraft Association.

Before Cork Sugarcraft Association was formed, Jacqueline had been speaking to Vanda Vernon (who was then the International representative of the BSG) at a show in the UK. It sparked the idea of forming a guild. When Sue and Jacqueline got together they decided to try and form a guild in Cork. Vanda advised them that as we were outside of Britain we couldn’t become a Branch guild of the BSG. So a solution was found, we were to become an Association following the guidelines of the BSG , who went above and beyond, mentoring and hand holding this newly formed group, bringing us to a level where we could put on our first competition. Julie Best was the first Chairman of judges to come over in 1996, with a team of three, including Vanda, to judge our show. A few years later Vanda Vernon became the Chair of judges, followed by our current Chair, Jan Thorpe who took over in 2015. At our competitions the judges always provide individual constructive feedback to competitors, which encourages us to improve.

Through the years, many of the BSG members and judges have come over to give classes, demonstrations and workshops. They are highly skilled and trained demonstrators, so patient and generous with their time and knowledge. We all feel deep gratitude to the wonderful Judges in the BSG for all they have done for us over the years. We have an excellent relationship and we love to have them judging our shows. They have formed and moulded us to the standard of expertise that we have today. It is a very special relationship which will go on well into the future. 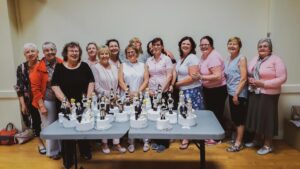 In 2021 we had our second online competition and we had some wonderful entries. Thank you to everyone who contributed Obviously we just can’t wait 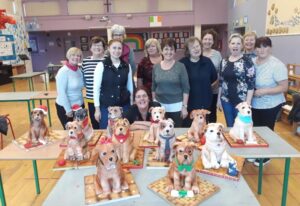 Our Next Monthly Meeting